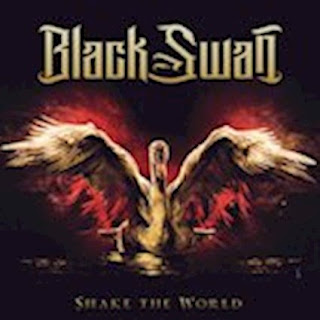 Black Swan is the new 'super-group' by Frontiers Records and "Shake The World" is entitled its debut opus that is gonna be released on February 14th!! One look at the band's line-up is enough to realize that the title 'super-group' fits perfectly in this case.

Robin McAuley (MSG, solo) on lead vocals, the incredible Reb Beach (Winger, The Mob, Whitesnake) on guitars, Jeff Pilson (Dokken, The End Machine) on bass and Matt Star (Burning Rain, Bang Tango, Mr.Big) on drums is Black Swan's line-up and with "Shake The World" all four musicians are ready to deliver some classic melodic hard rock/metal stuff that will attract each and every single fan of this particular scene. 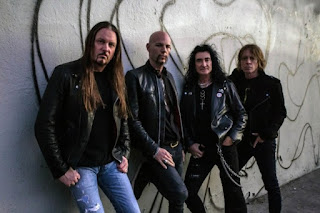 The album kicks-off impresively with the fast-paced and in-your-face rocker of "Shake The World". I wouldn't imagine a better start by these musicians. The vocals are top notch, the guitars by Beach are smoking and the rhythm section is tight as hell!! Excellent track! Next in "Big Disaster" the band delivers a bit more classic hard rock tune that includes a nice groove in it.

"Immortal Souls" has a 'newer' and modern hard rock vibe in it while in "Make It There" we are dealing with a very beautiful ballad. I think that in "Make It There" Robin is the shining star with his soulful and so emotional vocals. It's time for yet another kick-ass hard rock tune with "The Rock That Rolled Away" which reminded me a bit of Winger's latest works. Reb Beach's superb guitar lines kicks-off the amazing, and one of my personal favourite tunes here, "Long Road To Nowhere" while in "Unless We Change" we are dealing with a heavier and more fast-paced rocker.

BLACK SWAN is the brand new super-group that is presented by Frontiers Records and with their debut opus they are ready to shake our world!!! 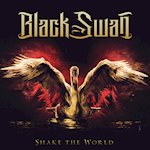