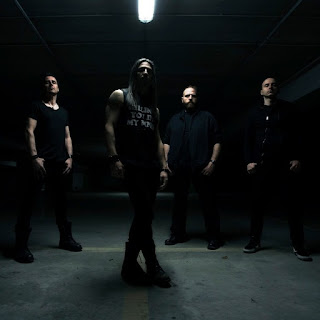 Andrea Cantarelli, founder and only active musician in every incarnation of the power/progressive metal legend Labyrinth, has never hidden a certain fascination for a deeper and melancholy alternative rock sound.

A love that flowed between 2011 and 2012 in the foundation of A PERFECT DAY: a new band that back then featured the notorious singer/bassist Roberto Tiranti and Alessandro Bissa on drums. Since the release of the self-titled album for Frontiers Records, the band's sound gets detached from the songwriting patterns of technical heavy metal and embraces the sound of a more modern and down-to-earth - though equally sophisticated and elegant - hard rock/post grunge.


The emotive urgency of new landmarks like Alter Bridge and Stone Sour takes precedence over the eternal class of Queensryche and Fates Warning, generating a musical creature with great charisma and personality. A dimension in which A PERFECT DAY gets further four years later through the second album “The Defeaning Silence” (Scarlet Records), that also sees the current line-up stabilized.

The experience of bassist Gigi Andreone and the warm singer Marco Baruffetti, whose voice is a little less showy but possibly even more functional to the band's style, finally settle an artistic autonomy and an undeniable expressive freedom. The recent days tell the story of a line-up cemented by solid friendship and, at the same time, a giant leap in terms of sound evolution.

We proudly announce today the signing of a multi-album deal with A PERFECT DAY and welcome the band to the ROAR! Rock of Angels roster. More info on the band’s third album release date and details coming soon!