Yep, here we are once again at the end of 2017 for the annual music awards of Heavy Paradise, The Paradise Of Melodic Rock. Musically speaking, this year was, again, another great year with many and great releases. The decision of the final Top 20 list was, for another year,  hard to take. But finally the lists are ready, the decisions have been taken and below you can read the Top Heavy Paradise's Lists of 2017.

At this point, as always, I have to give my credits, first of all, to each and one of you that support, in any possible way, this web-zine through the years. So, my huge thank you goes to the readers of H.P. (FB, Twitter e.t.c.), to the bands/musicians, labels, promoters and the list goes on and on. Thank you!!!

#1. (ONE DESIRE, ONE DESIRE) And the 'oscar' for the best album of 2017 goes to ONE DESIRE!! Yes this amazing release blew my mind at once and was in a regular (daily) basis in my cd player. Superb songs, amazing performances and in general an album that will be a future classic in my book. 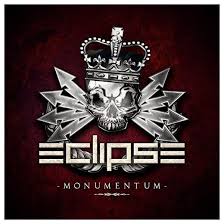 #2. (ECLIPSE, MONUMENTUM) It wouldn't be a top list without these Swedes! "Monumentum" is just a killer release from Eclipse. Killer songs in it, a tight as hell musicianship and everything here is PERFECT!!! 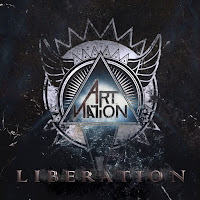 3#. (ART NATION, LIBERATION) Art Nation with "Liberation" delivers an ultra-catchy, impressive, powerful and extremely melodic album!!! "Liberation" is a melodic rock piece of an art that can't be missed by any fan of bands such as Eclipse, H.E.A.T. and Dynazty!!!! 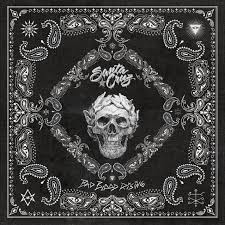 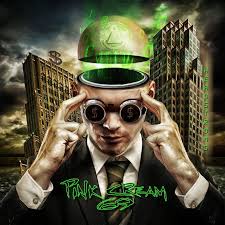 #5. (PINK CREAM 69, HEADSTRONG). Pink Cream 69 is back with just a killer album all the way! "Headstrong" is just the album that every die-hard fan of Pink Cream 69 asked for; power, melody, attitude, great arrangements, superb guitars, soulful performances and a tight as hell musicianship! Top release!!! 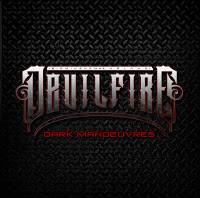 #6. (DEVILFIRE, DARK MANOEUVRES) DEVILFIRE with this debut comes out of nowhere to shake things for good. One of the best debuts of 2017, no doubt bout that!!! I really can't imagine a more perfect start for these guys, no way! A hell of a debut and, for damn sure, one of the best melodic hard rock albums of this year!! Excellent stuff!!! Do a favor to yourself and check out this gem, you won't regret it! 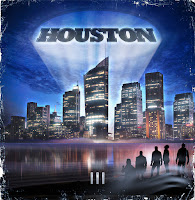 #7. (HOUSTON, III)  This is simply an amazing record all the way! As I already mentioned above, Houston is a band that when it comes to quality, they don't disappoint! Beautiful melodies, great arrangements, superb vocals and some excellent tunes compose this magical album! 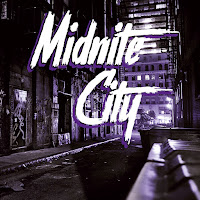 #8. (MIDNITE CITY, S/T). Midnite City is definitely a band that knows how to write a catchy and with a feel-good vibe song, no doubt 'bout that. Their debut is a hymn for the late 80's melodic hard rock scene but also is a record that will gain every rock freak out there. So, sit back, grab yourself a couple of cold beers, crank it up and enjoy the ride!! 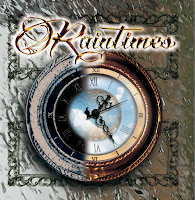 #9. (RAINTIMES, RAINTIMES). Melodies and harmonies to die for, great musicianship, great and emotional tracks and an overall mid 80's vibe in this really breathtaking record. For fans of Work Of Art, One Desire, First Signal, Von Groove and The Storm this is a mandatory release. 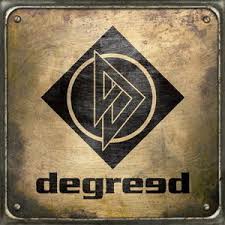 #10. (DEGREED, DEGREED)I just love this band, period! Degreed is one of these modern melodic acts that surprises with each and every release. A feel-good, up-tempo, super catchy and in-your-face record that can easily put Degreed among the elite of this scene.

#11. Adellaide – Flying High , I enjoyed every single minute of Adellaide's debut opus. It's pure and 100% classic Melodic Rock/AOR stuff at its best, period!!! It has class and quality and all the tracks are well-performed and arranged with melodies to die for. Another highlight of 2017!!

#12. THE DARREN PHILLIPS PROJECT -- Volume One , This is a great record all the way, period! It includes some excellent and inspired melodies, hooks and choruses to sing-a-long for days, superb performances and, most of all it includes heart and soul!

#13. Debbie Ray -- Slave To The System, Powerful, melodic and with a bad-ass attitude heavy rock stuff that will make your day!

#14. ROMEO RIOT --- Sing It Loud, If you love the mid-late 80's hard rock scene and bands such as Whitesnake, Night Ranger, Damn Yankees or Bon Jovi, then this album is just for you!!! ROMEO RIOT with this debut record aiming for big things!! Hope for more music from them in the near future!!! So, grab a copy of this amazing cd, take a couple of beers with and sing it out loud!!!!

#15. Scherer/Batten --- Battlezone, One of the best melodic rock records of 2017! If you are a fan of Survivor or Pride Of Lions music, then look no further; get your copy NOW! Classy melodic rock stuff with quality that the sure thing is that will be a future classic among the AOR mafia out there

#16. The Dark Element - The Dark Element, Anette Olzon has an amazing vocal and that can be shown in every single moment of this debut and tTogether with Jani Liimatainen they create a really superb piece of modern melodic metal album that will be appreciated by any rock fan in general.

#17. Wildness --- Wildness, Overall, this is a great debut all the way!! It includes the best elements from the Scandinavian Melodic Hard Rock scene and also a strong dose of the late 80's melodic rock sound and the result is simply breathtaking. Easily one of the top releases of 2017!!!

#18. Cats In Space --- Scarecrow, Cats In Space loves 70's and they show it in every single minute here. For damn sure Cats In Space is a band that knows how to create good music, no doubt 'bout that! "Scarecrow" is like a music roller coaster ride that travels you through time and at the end leaves a sweet taste in your ears.

#20. Kings Of Broadway – Kings Of Broadway, Kings Of Broadway comes out of nowhere to make some noise with their 'ballsy', edgy and melodic heavy rock debut album!!! One of the best albums that I've listened to this year so far! An excellent record all the way that the sure thing is that will climb high in my 2017 Top list!!! Buy or die!!! 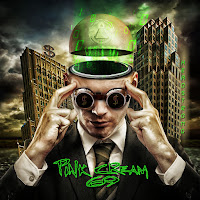 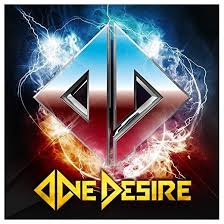