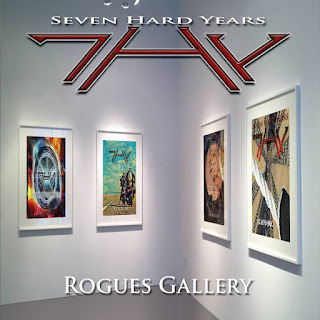 Lions Pride Music is excited to present you the front cover and info of the upcoming release of "7HY" - Rogues Gallery full length acoustic album to be released on CD & Digital worldwide on 31 May 2021!

Taken from each of their previous albums, Seven Hard Years have acoustically reimagined some of their classic songs and brought them together in one very special album.
Entitled 'Rogues Gallery', it evokes mellow, laid back feelings from the opening few bars to the final track.

Lion's Pride Music, along with Alan Kelly, Shawn Pelata and Andrew Chick, are excited to bring to you this rendering of the Seven Hard Years legacy, as well as one, never before released track ‘In Your Arms'.