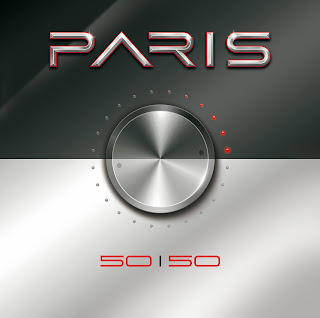 PARIS is a sensational melodic rock/AOR band that since it's creation it has released two great records. The debut entitled "Only One Life" saw the light of day back in 2013. The mighty Alessandro Del Vecchio handled the production and the result was a damn fine slice of pure Euro AOR stuff!
The second step of the band, "The World Outside", took place in 2016. The album was produced by Steve Newman and was released by MelodicRock Records. Both efforts achieved to receive a great feedback by both fans and music press.
Nowadays, it's finally the time for album number three. "50/50" is entitled PARIS's newest opus and it's going to be released through AOR Heaven.
As in the previous two releases, the same here, Paris continues to deliver well-crafted, well-composed and melodic rock stuff at its highest order. The brand new release “50/50” was recorded with the same team as “The World Outside” including Steve Newman (production, mastering, backing vocals), Dave Bartlett (bass, backing vocals) and Rob McEwen (drums). 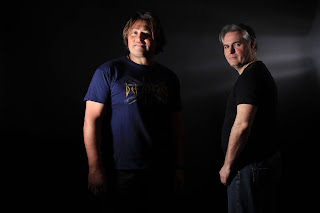 Highlights out of "50/50" are the commercial stunning tune of "Touch Me (with your eyes)", the edgy opener "Breathe In, Breathe Out", the huge AOR gem of "Can't Get You Out Off My Mind", the classic 80's "Superhero",  the groovier "Half Of Me" and "No Bridge Too Far".
All in all, PARIS with their brand new "50/50" opus is delivering a solid, melodic and high quality AOR/Melodic Rock plate that for the fans of this genre is a big must own!
Songwritting : 8
Production : 8
Songs : 8
Musicianship : 9
Overall Rating : 8,25 / 10