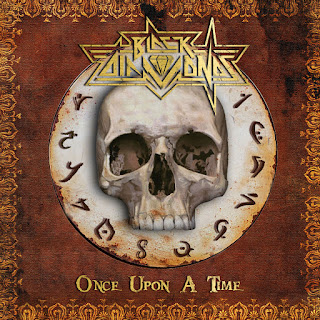 The Swiss hard rock band Black Diamonds was formed in 2004 and since its creation it released two full-length albums, "First Strike" (2008) and "Perfect Sin" (2013). The debut opus is a rare cd and nowadays is out of print. Both releases achieve to gain positive feedback from both fans and press.

So, Black Diamonds strike back with album number three and this time the band is ready to make a step forward in its career. "Once Upon A Time" is entitled Black Diamonds newest effort and it's about an album full of traditional hard rock, memorable hooks and choruses, edgy guitars and strong performances. Even though Black Diamonds is a European band, the sound is closer to the late 80's U.S. scene. 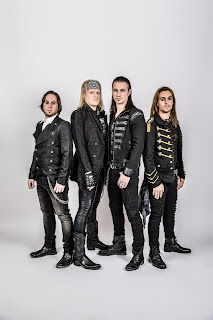 The first highlight comes with "Love Stick Love". This is a really cool and up-tempo hard rocker with a catchy chorus line and a strong late 80's vibe in it. "Romeo & Juliet" and "Pieces Of A Broken Dream" are both delicious!! Strong and clever harmonies along with a more 'hair metal' touch these two tunes will please every hard rock fan out there. "Vampires Of the Night" rocks with its loud and sing-a-long chorus line while in "Not Going Home" the band delivers the perfect song to start your party!!!

Solid and traditional hard rock stuff with a party attitude in it "Once Upon A Time" is a perfect purchase for those who want their hard rock loud and up-tempo!! Check it out!!!