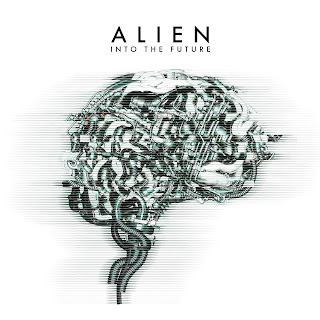 For those who love quality AOR, the name of ALIEN is a no stranger to them. With albums such as "Alien" and "Shiftin' Gear" and songs like "Tears Don't Put Out The Fire", "Brave New Love" and "Angel Eyes" (just to name a few...) these Swedes achieved to build a strong reputation around their name through the years.
Back in 2005, Tony Borg (guitars) and Jim Jidhead (vocals) reformed the band and released the rather good opus entitled "Dark Eyes" through Frontiers Music. In 2010, the original line-up eventually reunited, a handful of festivals followed (Sweden Rock (Cruise + Festival), Getaway Rock and Firefest) and new single, “Ready To Fly“, was cut to promote the reunion. It went really great with the crowd and especially the response at the first Firefest performance (2011) that made the band really to consider of making a new record.
Nowadays, the band is back in business with a brand new release with the title "Into The Future". The new record is going to be released through AOR Heaven this November. "Into The Future" marks a new era for the band regarding the sound that it's a more hard edgier than the previous recordings.
The album kicks-off with the heavy, groovy and in-your-face tune of "You Still Burn". For sure, a song that shows off Alien's attention to become heavier. Not bad at all. The fantastic melodic guitar intro of "Night On Fire" with its big and fat sound is among my personal favorites here while in "Time Is Right" we have another killer song. More in a Scandi-melodic heavy direction with, again, a huge chorus line this one is 100% ALIEN!!! "Into The Future", "Freedom Wind" and the powerful "Fallin Way Down" are all three solid samples of the 'new' ALIEN.
ALIEN is back in business with their heaviest opus to date. Bigger sound, bigger guitars and more powerful than ever ALIEN's newest opus "Into The Future" is a step forward to the future without loosing any of their elements of the band's glory dayz!
Songwritting : 8
Production : 8
Songs : 8
Musicianship : 9
Overall Rating : 8,25 / 10 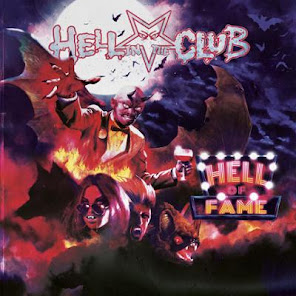