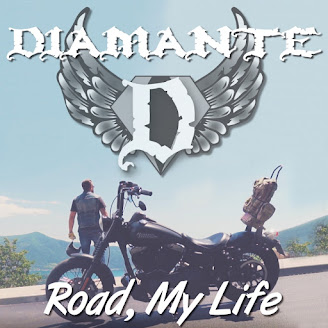 The song represents their first official release in English, performed by the new singer Matteo Metelli, who joined the line-up three years ago. Matteo perfectly integrated with his fellow bandmates thanks to a long list of live performances, where Diamante proposed shows focused on 70’s hard rock covers. Six years after their latest full-length album, "Ad Vitam Reditus", the Brescia-based group felt the need to create again something original. Penned in collaboration with Oscar Burato and Letizia Maestrello from Monday Shock, "Road, My Life" hinges on a new beginning: leaving everything behind, trying to treasure our own mistakes, and hoping that the next opportunity will mark a turning point. The sound is rich, colorful, and deeper than before, but still influenced by their 70’s-infused background.

The single, available on all digital platforms, was produced by Oscar Burato at Sonic Bang Studio in Isorella (Brescia, Italy); the video was shot by Moviedel Productions.