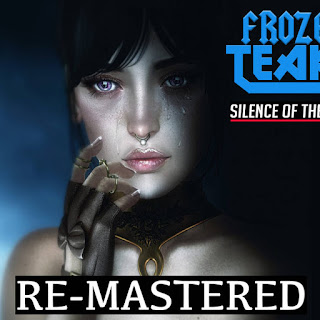 Now this came out of nowhere for me! To be honest, the Australian AOR band of Frozen Tears was a totally stranger to me till now that I received a promo of their new (re-mastered) edition of "Silence Of The Night" to review it for Heavy Paradise.


Frozen Tears first release a CD called “SOUTH MELBOURNE” which was made for the OCEANA TEAM OF THE CENTURY soccer club South Melbourne and was used as their club song till this day (check the video here : https://youtu.be/kPL7ZOa_oTA ). The SBS TV network filmed a music video for the song which was shown  Australia wide. It was a first for a club at the time to use a “ROCK” band to record a club/theme song.

The debut CD was called 'Silence of the night' and was produced by Jon Powers (Guitars/Keys) and Thanis Akritidis (Lead vocals). The other members on the CD were Andy Parsons (Bass) & Bernie Goldstein (Drums).

After the very first spin of this 6-track album, I have to say that I love every single moment of it! Yes, every track is pure melodic rock/AOR bliss that 'smells' early 80's from miles away. The opening tune of "Silence Of The Night" is a killer melodic rock at its best. Somewhere between Mariah, ROXUS, FM and the Brit super AOR band of Atlantic this track travels you back in time. Excellent!! "Do You Love Me" is also a good melodic tune but "Will I Ever" is just another killer AOR gem!! Love it!  "Let Down" is harder with more edge and it includes a super catchy hook and chorus line that will stick into your mind for days. "One More Time" (there is also a Greek version in the first cd) is a nice ballad, very emotional. This re-mastered edition includes the song South Melbourne (that I mentioned above) which is build up for big arenas (literally!!!).

All in all, this is an excellent album all the way. It captures all the magic of the golden days of the 80's melodic rock scene in such a positive way that makes this record a must have for every AOR/Melodic Rock fan out there.