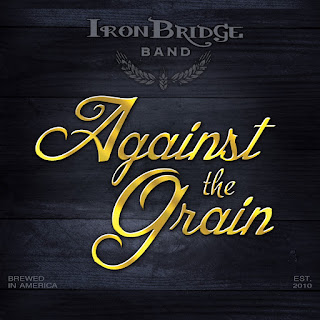 Iron Bridge Band after its solid debut release, "Road Not Taken", is back with its second album with the title "Against The Grain". Once again, the vocals are led by Chandler Mogel (Outloud, Khaos, ex-Talon) and, to be honest, here he is doin' a damn fine job! His soulful and crystal clear voice brings the band to a higher level.

Of course, it's not only Chandler Mogel that shines here; the whole band is tight, the songs are all well-crafted with nice melodies an' harmonies, the guitars are 'crunchy' and the strong Southern vibe gives to the album an extra flavor.

"A Little Too High" that kicks-off the new record is pure classic Rock in my ears! It's a bad-ass rocking tune with a strong bluesy dose in it that takes no prisoners!! Next, "Black Sheep's Son" includes a nice groove in it and a superb guitar work. Other highlights here are the classy Southern gem of "American Boss", the relaxing "Every",  the groovy and bluesier "Mark Twain" and the R 'n' B moodier tune of "Day Gets Me Down". 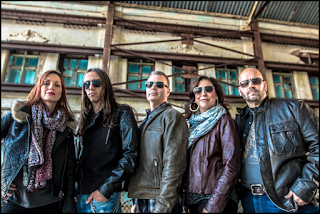 One of the most diverse but, at the same time, beautiful records that I've listened to this year. The bluesy, Southern influences along with the pure and Classic Rock sound makes this album a must have for every rock fan out there.