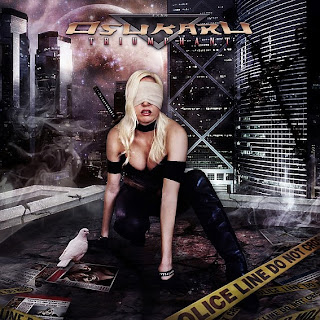 Sweden's melodic hard rock act OSUKARU is back with a brand new full-length album which is titled "Triumphant". This is the band's second step after their solid debut "Salvation" in 2012. This is, also, their first album under the flag of 'City Of Lights Records'.

The new effort is moving in the same melodic hard rock paths but with a tighter sound, more melodies, great guitar work and some excellent and stronger tracks that take the new effort into a new dimension! For "Triumphant", Osukaru have two singers, Fredrik Werner (Mr. Artist) & Cecilia Camuii (Panorama), that are sharing the vocal duties.

After a short intro, the album starts with the excellent and extremely melodic tune of "Triumphant". This is a catchy as hell melodic rock gem that made me push the repeat button several times! Love it!! "Heaven In Your Eyes" is another solid melodic track that lacks of a catchy chorus but it includes a superb guitar work!! "Prisoner Of The Night", "Holding On To Memories" and "Mafia Rules" are all killer tracks with powerful performances, strong arrangements and 'clever' guitar work. "Never Play With Fire" is among my favorites from the new album. Somewhere between west-coast and AOR with some jazzy elements, this song is simply awesome!!!!! Just listen, also, to the 'punchier' and up-tempo tune of "The Fire Burns On" and you will see what I'm talkin' about! The album also features two good bonus tracks "Stay Tonight" and "Don't Let Go (demo)". 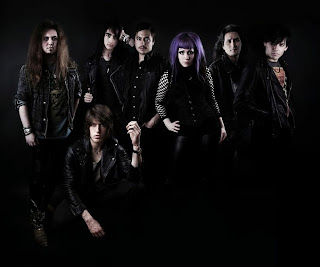 All in all, this is an extremely interesting release that took me by surprise. Osukaru is mixing perfectly all the elements of classy AOR and hard rock sound along with some bluesier-jazzy and modern rock pinches as well and finally they achieve to create an album that can't be missed by each and every fan of the melodic rock scene! Well done!!!
Heavy Paradise's Rating : 8,5/10