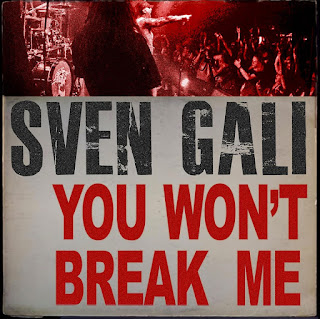 Rocking stages since 1987, Sven Gali has been bringing 80s and 90s hard rock to fans across North America and Europe. They have a new single out for fans released on as of October 23rd entitled “You Won’t Break Me”.

The single mixes rock from the heyday of the 80s and early 90s but with a modern edge that keeps the music fresh, original and exciting. It’s easy to get the lyrics stuck in your head and even easier to move to the song.

Sven Gali has enjoyed considerable success with their music including their debut album going gold in Canada and playing to a wide variety of fans around the world. The new single ushers in the new era of Sven Gali, which will see more records released and more live shows played.

Sven Gali has also announced four concert dates where “You Won’t Break Me” along with a myriad of other hits and favourites will be performed. Dates are below.

Fans of Mötley Crüe, Guns and Roses and Skid Row will definitely take interest in Sven Gali along with anyone else who enjoys hard music from the 80s and 90s.

“You Won’t Break Me” can be streamed and downloaded at the following links:
Youtube
Spotify
Apple Music