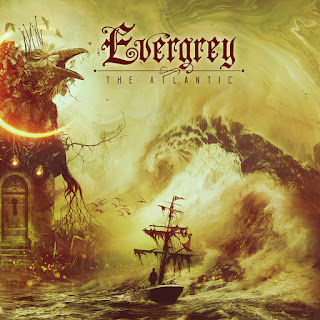 The progressive metal band of Evergrey started its music journey back in 1993 and since then it released some timeless albums that stood through the test of time. Lead vocalist/songwriter Tom S. Englund and his gang achieved to make the name of Evergrey synonymous with quality, technically and the depth lyrics. For sure, Evergrey is not your ordinary progressive metal band. It's a band that combines all the above mentioned things plus a lot more. The fans are already expecting more and more with each release and the band knows it.

The new opus which is entitled "Atlantic" is the sequel of their Hymns For The Broken trilogy about the adventure of life, part one having been launched in 2014. “As on Hymns For The Broken and its 2016 successor The Storm Within the new album is about events and experiences in our lives” Englund explains. "Atlantic" speaks about relationships, beauty and darkness, fortune and grief, love, hate, despair, joy and everything connected with it. Life is a journey. 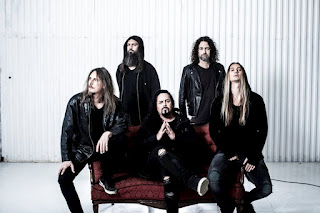 The new record kicks-off with the aggressive "A Silent Arc". And I say aggressive 'cause this track is probably one of the heaviest tunes that this band has ever recorded. I think that this time Evergrey took their sound a step forward (heavier) and the result is pretty interesting. In "Weightless", the band is movin' to the some 'safe' paths regarding their sound. It's one of these tracks that you expect to hear from a band such Evergrey is. Moody, heavy, powerful and technically perfect!!! Next, "All I Have" is almost perfect! I really love this 'dark', melancholic vibe along with the heavy rhythm and the amazing melody that is included here. In one word; PERFECTION!!

With "A Secret Atlantis" Evergrey releases a monstrous metal song while in "Currents" we have another winner out of "Atlantic". A more straight forward song that features a more modern sound in but without loosing any of the band's classic elements. "Departure" is one of these mellow-type songs that Evergrey do so well!! The amazing, soulful and heart-full vocals by Englund 'dress' the songs with warmness while the melodic parts speak through your heart.

I think that if you are already a fan of Evergrey, then you'll probably buy this record asap (the release date is on 25th of January)! "The Atlantic" is such an amazing album! It's one of these releases that keeps you awake from start to finish and you don't want to end! Emotional, atmospheric, heavy, ugly, beautiful, strange and melodic.....all warped in "Atlantic"!!!