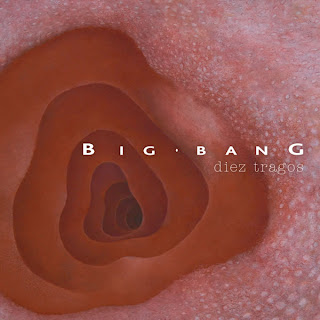 Big Bang is a modern rock band that hails from Badalona, Spain. Since the creation of the band, the members of the band wanted to have their own music indentity and lasting sound. In 2009 Big Bang had a new demo-album that made an impression to Nat Team Media and at the end of 2009 they have started the recordings of their debut album.

Their debut album, "Sin renuncia a la esperanza", was produced, recorded and mixed by Francisco Rubiales in Motion Studios in Barcelona, mastered in the prestigious studios of Masterdisk by Andy Vandette (Rush, Porcupine Tree, Breaking Benjamin, W.A.S.P, Deep Purple etc.) with the stamp of Nat Team Media. The songs in "Sin renuncia a la esperanza", were overall well-writen and enjoyable and the band gave a hope for much better things in the near future.

So, 2012 and finally I have the new Big Bang release in my hands. The fact is that I had high expectations from this one but the final result didn't fullfill them. As in their previous effort, also, in this one here the band sings in their mother language which is Spanish. The track which opens the album, "Dueνo de mis sueνos", didn't impress me at all. "Soy Inmortal" is much better! It has a nice groove in it but again doesn't make the difference. "Sufrir" contains some aggressive vocals and "Ver llorar desiertos" is another 'dark', kinda atmospheric, track. "Quien es quien" features a cool guitar work and is one of the album's highlights. The rest of the songs are in the same level with the above mentioned. Too 'dark' and too alternative without any melody or something else that will give the 'extra' something. The strongest point of the band is their lead singer who has a really strong voice but it gets lost in the final result!

All in all, this is an average release from Big Bang. I was rated their debut with a 7 out 10 and it was a cool release. As I said above, I had high expectations from thier second album. I, also, think that this band has so much talent and they can do it better than this but this one seems to be a step back from their debut album. The few good moments here can't save the final result of being an average release. But hey, this is only my personal opinion! Sorry guys!
HeavyParadise's Rating : 5 /10