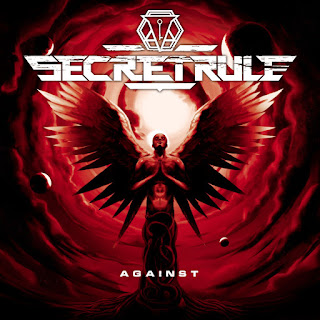 Italian modern melodic metal band of SECRET RULE returns back in business with its brand new, and fifth already official release, opus entitled "AGAINST" which is gonna be released through Pride & Joy Music on February 21st.

The band consists of the very talented and powerful Angela Di Vincenzo, the mastermind and lead guitarist of Andy Menario, Michele Raspanti on bass and Alex Beccati on drums.

As I already mentioned above, the band has released four very good records, “Transposed Emotions” (2015), “Machination” (2016), “The key to the world” (2017) and "The 7 Endless" (2019), and built a solid reputation around its name that was supported by their live activity and featured special guests like Aylin (Sirenia), Stefan Helleblad (Within Temptation), Henrik Klingenberg (Sonata Arctica), Timo Somers (Delain), Sander Zoer (Delain, Leah) and Henning Basse (Mayan, Firewind). 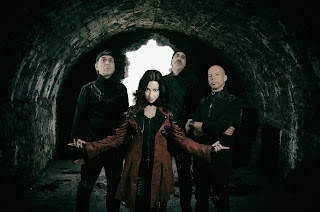 So, the question here is what we are going to hear from Secret Rule's newest effort? The answer is simple: modern melodic metal stuff with powerful performances, tons of melodies and some killer songs. For me, Secret Rule is one of the best new bands in this particular scene.

The opener tune of "Spira Mirabilis" is exactly what I've described above. It's pure modern melodic metal sample with Angela's superb vocal lines, sharp and edgy guitars and with an epic, almost cinematic, vibe in it. The next couple of songs, "Shades Of Humanity" and "Rise Again", are heavier, in-your-face and show the abilities of this band to write catchy and powerful tracks. Other highlights from the new opus are the Amaranthe-esque "Digital Revolution", "Purgatory", the fantastic and darker tune of "Against" and the fast-paced "Outsiders".  Check out, also, the moodier tune of "My Last Breath" in which Angela Di Vincenzo's perormances are breathtaking.

I like this band a lot and I've checked all the previous records. But, in my humble opinion, "Against" is Secret Rule's best opus to-date. More mature and with better songs in it "Against" comes to gain more popularity for this great Italian band.