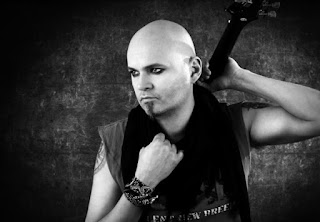 Chris Laney is one of the 'hottest' names nowadays in the melodic hard rock world! He is also a producer, songwriter and of course a very talented guitarist! He have worked with big names such as Crashdiet, Europe, Randy Piper's Animal, and Brian Robertson among others. Nowadays the artist has formed the band Shotgun with Shotgun Messiah's ex-members and Rob Marcello of Danger Danger . He is also involved with Laney's Legion, a new band that features, again, Rob Marcello. So, below you are going to read a very interesting interview that Chris gave to me and talked about everything. Enjoy! 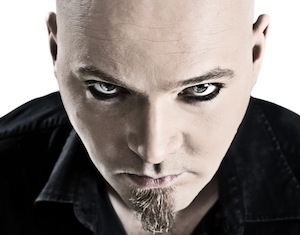 Chris : Hey! Thanx for for having me!


Heavy Paradise : So, I read in your FB page about the band Shotgun!! What a great line-up and for sure something that will make the fans of Shotgun Messiah very happy!!! Can you tell us some things more about Shotgun? Are you going to release an album soon?

Chris : Shotgun is hard at work rehearsing, we have a blast. Rob still live in the US and Stixx is living down south of Sweden so we rehearse 3 days straight at the time....and drink some ;) We mainly put this band together to play the Shotgun Messiah classics live but we're having so much fun we actually don't know where this will lead. There's some song ideas flying around the band members.

Heavy Paradise : Whose idea was to create the band Shotgun Chris? Did you invite Tim Skold ?

Chris : It all happened on a plane to Germany where Rob & I had a Q&A game going on... We both had Shotgun Messiah as "THE dream band" to see live. So when we came to Germany I called Zinny (Not totally sober..) and demanded a Shotgun Messiah re-union, 2013 would be the 25th anniversary of the debut release...
He answered: if you can get Stixx, Tim & Harry to do it... sure, but I do not think there's a chance in hell you'll get Stixx, me, Tim & Harry on the same stage again. Well... Rob & I continued to drink and dream... so we came up with the "Fantastic" idea that I should call Zinny AGAIN and say we could fill in for Tim & Harry since they never would do it...Zinny said, ONLY if Stixx is doin it.
I called Stixx and he was game!!! We decided to call it Shotgun, one half of the name and number of original members.
I read an interview in Sweden Rock Magazine with Tim... What Zinny & Stixx said was true, that guy has his head up his ass.. such a shame, he was one of my heroes, after reading that I see him as a total jerk. I hope to meet him someday so he can prove me wrong. 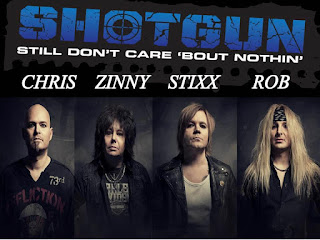 Heavy Paradise : Both of your solo recordings were really stunning pieces of melodic hard rock stuff! The fact is that with these two efforts you left us hungry for more ....Are we going to have a new solo album in the near future?

Chris : Thanx!!! There is no plan for a new solo album BUT I almost wrapped up the work on LANEY's LEGION, my band I have with Rob Marcello, Mats Vassfjord & Patrik Jansson.
If you ask me, that is the best stuff I have ever written! I included a lot of co-writers and co-produced it with my old buddy Anders Ringman with whom I've done tons of work with over the years, it sounds like a million dollars!

Heavy Paradise : You achieve to combine all the great elements of the 80ʼs, early 90ʼs hard rock scene along with some newer elements. Which are your main influences?

Chris : That is a tough question. I'd say I listen to everything except from moderne R&B and rap.
I love power pop like Cheap Trick, Jellyfish etc but my heart is in the 80's rock scene like KISS, RATT, DEF LEPPARD and SHOTGUN MESSIAH 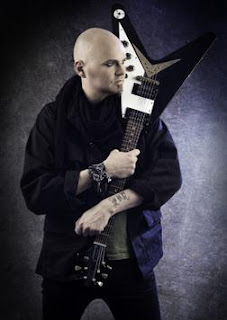 Heavy Paradise : During your career, you have collaborated, as a producer, with many bands and musicians. Are you satisfied with all your works or, if you had a time machine, you would turned back in time to fix something?

Chris :I am never satisfied!! The only reason I give away albums to the labels for release is because they have a deadline and a budget lol And in todays music environment, when the budgets are getting smaller, there is no chance in hell I can be satisfied producing. So with that said Laney's Legion & Shotgun and projects I live for will probably be the only things I will be credited as producer in the future. I will not make bad productions because a label says "we want you but we got an offer from a producer in, lets say, Italy, he is half your price..." That is when I say, Take him, please!!! But do not blame me if the production sucks and have the power of programmed drums and lined POD guitars....I will still mix other bands whenever I get something I think I can make rock!

Chris : There is some great songs coming out, but as I answered before I think the production & sound of most albums I hear is too bad... But times change and soon for the better, I hope.

Heavy Paradise : What bands are you listening to lately?

Chris : Since I need to learn all the Shotgun Messiah songs I've been listening ALOT on them, same goes with Def Leppard, will do a weekend with a Leppard tribute band in two weeks.
Other than that I try to keep up with new releases and see what is happening.

Heavy Paradise : Touring is a big chapter in every musicianʼs life. How do you feel when you perform live Chris? Any plans for touring in the near future?

Chris : Hell yeah!!! Shotgun will be the first of my better two to hit the road.

Chris : Live life, have fun, be healthy and have a laugh!!


Heavy Paradise : At this point, I have to thank you once again for this interview and to wish you all the best!!

Chris :Thank you!!! Hope to talk to you soon.
Cheers
Laney