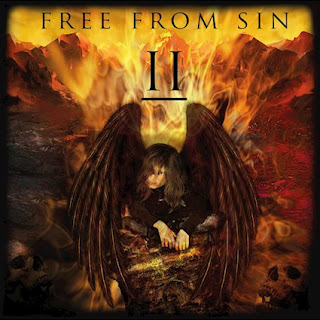 Free From Sin is a band that made its appearance back in 2015 with its debut album entitled "Free From Sin". The feedback was positive and so this Swedish band decided to record another opus. So, nowadays and after some line-up changes, the band strikes back with album number two with the title "II". 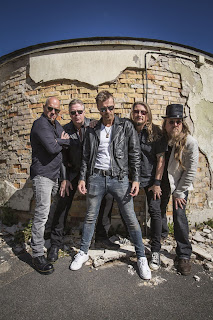 The first highlight of the new album comes with the classic "Faces Of Christ". It's a very Rainbow-esque track (just check the guitar work and the vocals) but that's not a problem at all 'cause it's a really solid song all the way. More classic hard rock/metal stuff comes with "Mr. Blakk", "God Made Me Hate", "Break And Burn" (in which the Priest influences are more than obvious) and the straight forward "Borderline" (which is among my faves here). "Deceiver" is yet another fast-paced and very interesting tune out of the new album.

If you love bands such as Deep Purple, Rainbow, Judas Priest or even DIO, then you have to check out Free From Sin's newest effort. It's a damn solid record that includes all the magic of the above mentioned bands.