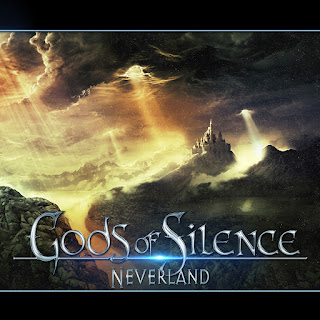 Gods Of Silence is a melodic metal band with a strong progressive dose from Switzerland. Originally formed as Kirk, it released it’s first album ‘The Final Dance‘ in 2003. The album was highly recommended by the local press and was, also, listed in the import charts of the renowned Kerrang Magazine. Due to the enthusiastic reviews, the band played a lot in shows and tours throughout Switzerland with ‘Doro‘, ‘Pink Cream 69‘, ‘Axxis‘ and ‘Shakra‘.

After a few line-up changes, the band continued to play live and in 2010 Kirk was back in the studio
under the guidance of the well-known producer Dennis Ward to record a new opus. With the new album ‘Masquerade‘ the band set its musical level one pitch higher and the sound became faster and harder.

Due to musical differences, singer Thomi Rauch left the band in 2016. The new shouter was Gilbi Meléndez. So, with a new singer on board the band changed also its name to Gods Of Silence and nowadays they present their new album with the title "Neverland".

After the epic intro of "GOS", it comes the first sample of the new record; "Army Of Liars" kicks-off the things here with a haunting melodic riff that turns to some heavier shit filled with some excellent keys and there you have the first highlight of the new opus. "Against The Wall" features more melody and a moodier vibe in it that makes it another killer one out of this debut. "Neverland" is probably the most progressive tune here, so far, while in "Demons" we are dealing with a monstrous melodic heavy gem!!! Man, this track is simply breathtaking!!! I, also, love the last song of the album, "All My Life", which is more straight forward and it includes a killer chorus line.

Bottom line is that Gods Of Silence with their "Neverland" released a monstrous melodic metal album that is a must have for each and every fan of this particular sound. Killer stuff!!!